Tikveš is North Macedonia’s most important wine region. Production is dominated by the large Tikveš Winery, but there also a number of other wineries operating here, not to mention Stobi Winery, who make a range of clean, modern varietal wines.

Tikveš is the most famous wine district in North Macedonia and is widely considered to produce the best wines. Located in the centre and south of the country, in what is also known as the Vardar Valley, the district boasts hot, sunny days and little rainfall. Nevertheless, the best growers here can achieve wines of balance and freshness. Tikveš Winery leads the region’s campaign to put North Macedonia on the map for a number of self perpetuating reasons. It has the largest concentration of wineries and growers and thus, there is greater investment in understanding the different sites. Consequently it is an area in which potential is being explored more intensively than anywhere else.

About 12,000 hectares are planted in this district, which represents approximately one-third of the total vineyards area in Macedonia. The wine district is surrounded by mountains on three sides; the Drenovo and Mariovo ranges are to the southeast, and Plaush and Konce Mountains loom to the the northeast. The Vardar River with its various tributaries, cuts the valley simplistically into a western and an eastern side. The western part boasts richer, more fertile land compared to its eastern neighbour. This district is both flat and hilly, with hills that stretch as far as the Veles canyon in the north and the Demir Kapija canyon on the south. The vineyards in the Tikveš wine district are located at altitudes ranging from 110 to 650 meters above sea level.

As the Mediterranean climate from the south collides with the Continental climate from the north, it creates an area most remarkable for grape growing and wine production on the entire Balkan Peninsula. There are surely microclimates here as well. The winters are warmer compared to those in the other wine districts. The amount of rainfall is insufficient and droughts occur often, especially during the summer months. During the months of July and August the maximum daily temperatures are around 40 °C, although they can easily go even beyond 43 °C. Skopje wine district is characteristic by the low frequent and low intensity of winds. The north winds provide natural ventilation in the vineyards, protection against cryptogram diseases.  The soils in this district vary, from clay to rendzina. Warmth is often retained and released during the cooler evenings. Studies are continuing here but the Rendzina soils are increasingly showing themselves capable of giving interesting, complex, ‘mineral’ driven wines.

The small village of Demir Kapija provides some of North Macedonia’s most interesting terroir. For now at least, the territory is almost exclusively farmed by Popova Kula. 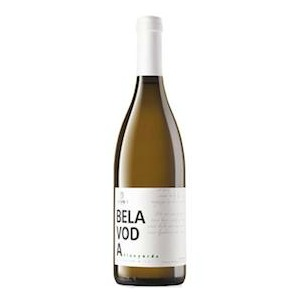 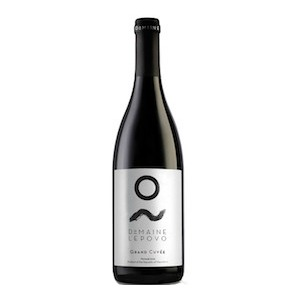 Tikveš “Oaked Single Block” Chardonnay W.C.O.
Venec Winery, Tikveš, North Macedonia
2019
Chardonnay (100%)
“It is characterised by crystal golden colour. The nose is complex and reveals aroma of yellow flowers and tropical fruit. Full-bodied and elegant wine that open in layers on the palate with more of that tropical fruit as well as crème de brulle and vanilla pudding due to the ageing in new French oak barrels. The wine has pleasant freshness, crispy acidity and a long and persistent spicy aftertaste. Having to compare with 2018, I would say vintage 2019 gives more complexity.”
86 Ivana Simjanovska 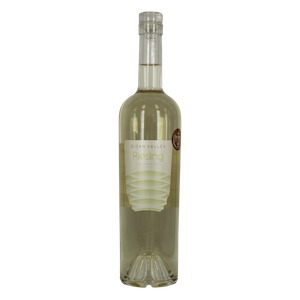 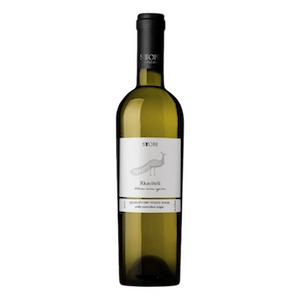 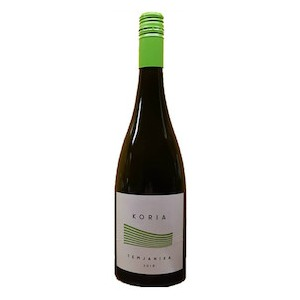 Tikveš “Koria” Temjanika W.C.O.
Venec Winery, Tikveš, North Macedonia
2019 2018 2017
Temjanika (100%)
“Temjanika wines (Muscat Blanc à Petits Grains) are quite popular on the Balkans and are predominately made in a dry version. Such is this one, produced from Temjanika variety from the winery’s own 15 year old vineyards located in the village of Koria where the soil is sandy-clay. It is characterised by crystal light-yellow colour. An aromatic wine showing abundance of floral aromas of white and elderberry flowers, honey and basil. On the palate it opens in layers with white peaches, basil and fresh juicy lemon dominating, complemented with spicy undertones of white pepper and grapefruit skin, adding additional complexity. Wine with remarkable freshness and long aftertaste. A truly enjoyable wine!”
90 Ivana Simjanovska 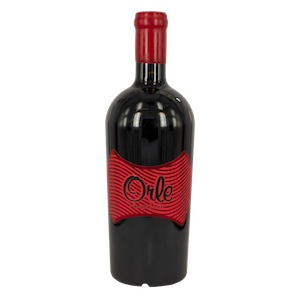 Tikveš “Orle” Vranec W.C.O.
Venec Winery, Tikveš, North Macedonia
2017
Vranec (100%)
“Dry red wine produced from the Vranec variety, from the winery’s own 21 year old vineyards where the soil is mostly clay. The microlocation is known as Orle and is located at 500m on the Kozuf Mountain in the Tikves Wine District. It is characterised by deep dark red colour and aromas of ripe blackberries, blueberry jam, plums, and additional notes of dry tobacco leaves, violets and cinnamon. Elegant, luscious and full-bodied wine with tamed velvety tannins, rich in dark berry jam taste, harmonic acidity and long dark chocolate and canella aftertaste. By ageing it will gain on complexity and splendor in the years to come.”
90 Ivana Simjanovska

Tikveš Temjanika W.C.O.
Venec Winery, Tikveš, North Macedonia
2019
Temjanika (100%)
“Dry wine produced from Temjanika variety from the winery’s own vineyards located in the village of Sokolche. It is characterised by crystal light-yellow colour and aromas of elderflower and honey. Wine that reveals freshness of juicy lemon in the taste accompanied by spicy white pepper notes and long lingering aftertaste. A good Temjanika for everyday consumption.”
83 Ivana Simjanovska

Tikveš “Single Block” Merlot W.C.O.
Venec Winery, Tikveš, North Macedonia
2018
Merlot (100%)
“A truly big wine with a huge potential although this might not be the first thing you write at an opening of a wine tasting note, unless you are truly blown away by it. It’s a dry wine produced from the Merlot variety from the winery’s own 18 year old vineyards located in the village of Zad Gradishte, where the soil is predominately clay. It is characterised by an intense dark red colour and aromas of red and dark berry fruits, accompanied by cinnamon and cocoa notes, the result of ageing in new French barrels. Elegant, complex and full-bodied wine with fruity-spicy taste, tamed and velvety tannins and long plum marmalade and dark chocolate aftertaste.”
91 Ivana Simjanovska 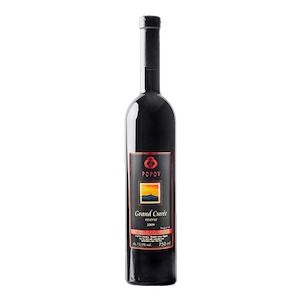 Tikveš “Gran Cuvée” Merlot Cabernet Sauvignon Vranec
Popov Winery, Tikveš, North Macedonia
2009
Cabernet SauvignonMerlotVranec
“A stunning blend of Merlot, Cabernet Sauvignon and Vranec that has benefited from a good eight years of maturation. The palate is mature with an almost compote-like black fruit chracter, particularly plums and blackerries while notes of smoke, leather and liquroice emerge too. Complex and ethereal, this is a reminder of why there was so much exciement about Macedonian wines towards the end of the last decade.”
88 Paul Caputo

Tikveš Vranec W.C.O.
Villa Marija, Tikveš, North Macedonia
2016
Vranec (100%)
“Still very young with some yeasty notes at first. With a little time though, it opens out into an expressive Vranec with explosal blueberry on the nose. It’s a well structured wine but the length dissapoints a little.”
Paul Caputo 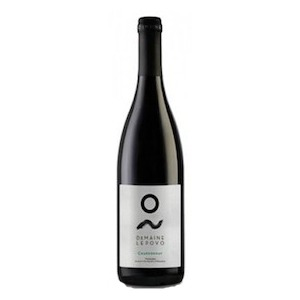 Tikveš Chardonnay W.C.G.O.
Domaine Lepovo, Tikveš, North Macedonia
2016
Chardonnay (100%)
“During the middle of the fermentation the wine is transferred to French barrique to complete the fermentation. Floral aromas with some lemon and citrus, pehraps even some wild herb. In the mouth a touch of oak comes through. It’s not very integrated but it’s still early in its evolution.”
85 Paul Caputo

Tikveš “Rosé” W.C.O.
Venec Winery, Tikveš, North Macedonia
2019
Cabernet SauvignonKadarkaStanušina
“Dry wine produced from Cabernet Sauvignon, Stanushina and Kadarka varieties from the winery’s own vineyards located in the village of Sokolche. It is characterised with light salmon colour (in Macedonian it would be onion skin colour) and aromas of red currant, forest strawberries and candy bonbons. Likeable, fruity wine with pomegranate freshness in the taste accompanied by a spicy note and long grapefruit skin aftertaste.”
84 Ivana Simjanovska 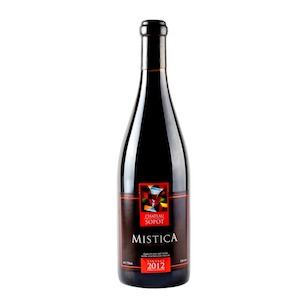 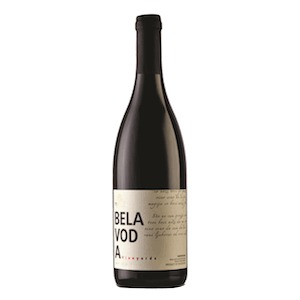 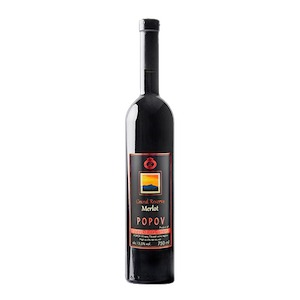 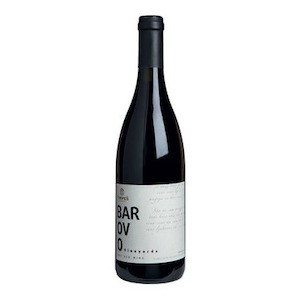 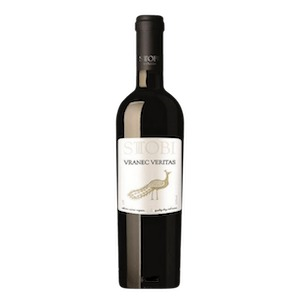 One of North Macedonia’s much underrated producers. Jordan Trajkov and his team make some interesting estate grown varietal wines from the Demir Kapija locality of the Tikveš district.

Based in the village of Dolni Disan, Venec is a new winery project with a capacity to produce 150,000 litres a year.

Popov Winery is a small, but exciting winery project in the Tikveš district of the Republic of Macedonia.

Tikveš Winery is one of the biggest and most important winemaking facilities in South East Europe. While the majority of the wine is bulk, there is a growing commitment to producing higher quality wines.

Very historic cellar trying to relaunch itself under new ownership.

Domaine Lepovo is a new but exciting winery project started by Tikveš Winery.