The golden state of California - so named for its Golden Gate Bridge, fields of golden poppies and perhaps most significantly, the 1848 discovery of gold which led to the rapid population growth of the region - is also the golden child of the US wine family. Accounting for nearly 90% of the country’s production, the area delivers world renowned mono-varietals and blends from the principal grapes - Cabernet Sauvignon and Chardonnay.

Three quarters the size of France and with an economy larger than all of the African nations combined, it seems odd to talk about the US state of California as just a region. But this vast, topographically diverse area, stretching for nearly one-thousand-four-hundred kilometres along the Pacific Ocean, is just that. Famed for the iconic coastal cities of Los Angeles and San Francisco, the legendary laid back surf style of its beach towns and the natural wonders of Lake Tahoe, the Mojave Desert and the Sierra Nevada mountains, California offers up every terroir imaginable to the winegrower; to put its sheer size into context - this single state produces around 30% more wine than the entire country of Australia!

Undoubtedly the flagship region of the New World, the Californian wine area has risen to global prominence over the last half century - largely off the back of the Paris Judgement (a famous competition of May 1976, which saw some Californian wines rated ahead of their Bordeaux / Burgundy counterparts in blind tasting) - and the state is now recognised for producing some of the world’s finest and most expensive wines. However, whilst recognition is a relatively recent reward, Californians have practiced viticulture for more than two-hundred years, with the first European settlers establishing vines as early as the eighteenth century. After the gold rush, the size of the area under vine in the state grew rapidly in correlation with the population, before the perils of Phylloxera and Prohibition brought progress to a halt. Post World War Two however, the west coast wine juggernaut has gone from strength to strength, with the golden state’s output supported by the growing reputations of Oregon and Washington wines.

Winemaking grapes are grown in four fifths of California’s counties and there are more than one-hundred individual AVAs (appellations) across the state. Varieties are unsurprisingly numerous and broad in characteristics, reflecting the diverse terroir and microclimate of the growing area. Diversity is an understatement in describing the state of California. Spanning ten degrees of latitude and with significant variations in elevation, aspect and proximity to the Pacific, the microclimate of each AVA - and to a lesser degree, each individual vineyard - is distinct from the next.

There are a number of different sub-zones into which the state’s winemaking area is divided:- the Central Coast from San Francisco to Santa Barbara; the Central Valley in the middle of the region which accounts for over half of all the state’s grapes; the Sierra Foothills, the South Coast and the North Coast which includes many of the most prestigious AVAs in America, such as Napa Valley, Sonoma Valley and Russian River.

The key grapes in Californian vineyards are Cabernet Sauvignon, Chardonnay, Merlot, Pinot Noir and Sauvignon Blanc, with Syrah and Zinfandel also prevalent. In total, the state has plantings of more than one-hundred-and-twenty different varieties ranging from noble European grapes to indigenous types and newly created hybrids. Red and white wines are produced in both a traditional Old World European style, and more frequently in a fruit-forward fashion as is typical of New World wines. Red Blends - usually based around the Cabernet Sauvignon grape, are renowned for their rich concentration of flavours, superb structure and potential to age well. It is also common for producers to vinify Cabernet as a mono-varietal wine (the very thing that propelled the state to viticultural stardom), with the same being true of Pinot Noir, whose Californian expressions are generally more intensely fruity than their Burgundy counterparts. The region’s key white grape - Chardonnay - delivers full-bodied varietals here which are quite different from the French wines of the same grape.

As well as the still staples of the region, sparkling wines from the Champagne varieties are also favoured by Californian producers, with the area attracting attention - and investment - from some of the world’s biggest names on account of its potential to produce high quality wines of this type.

Already considered an area of excellence in winemaking terms, California is a region on a perpetually upward curve. Its producers - ranging from huge companies to tiny artisan wineries operating from a single vineyard - rank amongst some of the world’s most acclaimed.

The Central Coast is a geographic area and wine region in the US state of California. Stretching south from San Francisco to Santa Barbara, this large sub-zone encompasses the six counties of Ventura, San Benito, Monterey, San Luis Obispo, Santa Cruz and Santa Barbara. Immortalised in the movie ‘Sideways’, the Central Coast area is a magnet for tourists and wine lovers from around the world.

California’s Central Valley - an enormous, flat expanse more than seven hundred kilometres in length and almost one hundred kilometres across at its widest point - is amongst the world’s most productive agricultural regions. Encompassing the populous city of Fresno, the state capital Sacramento, and bound by mountains to the east and west, the valley is a hot bed of production for more than two-hundred different crop types, including a wide range of grapes used in winemaking.

Stretching north from San Francisco and covering an area of more than a million hectares, the North Coast sub-zone of California is a vast treasure trove of viticultural excellence. Home to internationally acclaimed AVAs such as Napa Valley and Russian River, this rich and colourful area produces some of America’s most sought after wines.

The viticultural sub-zone of Northern California covers the wines produced in the counties of Humboldt, Shasta, Siskiyou and Trinity. An area of considerable natural beauty with rocky coastlines, dramatic snow-capped peaks and towering redwood forests, the region is also establishing a reputation for winemaking, albeit on a much smaller scale than its esteemed North Coast neighbours.

Sierra Foothills is a sub-zone and American Viticultural Area (AVA) located in the northwestern foothills of the Sierra Nevada mountains. Smaller in size than the North Coast - but not by much - the area boasts a fraction over one million hectares (of which around two-thousand-five-hundred are planted with vines), and produces high quality, good value wines principally from the Zinfandel grape.

Whilst the international reputation of Southern California is built on the promise of beautiful white sandy beaches, unrivalled surf and abundant sunshine, its wine industry is also beginning to emerge as a serious challenger to the more established AVAs of the Central and North Coasts. Increasingly recognised for its high quality wines, this Californian sub-zone is most synonymous with lush, well-balanced varietals from the Zinfandel grape and bold, aromatic Bordeaux blends. 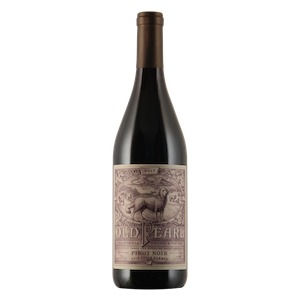 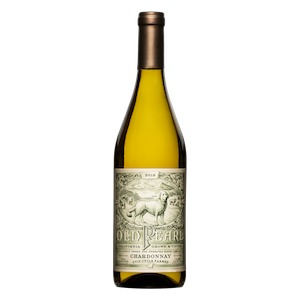 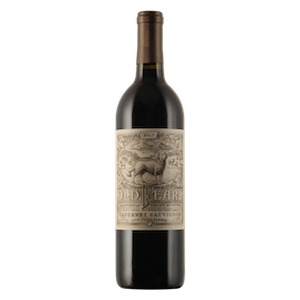 Flanagan Wines in Sonoma County, California, was born out of an intense passion for the vine and its potential to deliver markedly different results from the same grape varieties. Conceived in 1999 with the purchase of a single sixteen hectare vineyard, Eric Flanagan’s operation now produces a range of celebrated varietals from some of Sonoma’s most respected sites.

Ridge Vineyards is known for producing premium varietal wines from Cabernet Sauvignon, Zinfandel and Chardonnay. Based in both the Santa Cruz Mountains AVA and in Dry Creek Valley AVA.

Frey Vineyards is a third generation family estate located in the Redwood Valley appellation of Mendocino County. The estate cultivates a range of different varietals and has a strong reputation for producing organic and biodynamic wines.

Drew Family Cellars is famous for its detailed focus on terroir influenced Pinot Noir and Syrah.

Situated in Sonoma County, California, Riley’s Rows is the so called ‘younger sibling’ of the established Flanagan Wines operation and represents the coming to fruition of its proprietor’s lifelong dream. Today, college student and vintner, Riley Flanagan, produces a range of respected wines from typical west coast varieties such as Cabernet Sauvignon and Chardonnay.

Owned by the Pedroncelli family since 1927, the winery represents one of the few Prohibition survivors in Dry Creek Valley.

McFadden Vineyard is known for producing good value wines from Zinfandel. Farming organically and certified since their first vintage in 2003, McFadden produce less than three thousand cases per year.

Epoch Estate Wines is located on York Mountain and produce a number of outstanding wines in the Willow Creek district of Paso Robles. It was founded by Bill and Liz Armstrong who released their first vintage in 2007.

The San Pasqual Winery is based in La Mesa, just east of San Diego in San Diego County.

Based in Mendocino County and part of the association of ‘Coro’ Zinfandel producers, Jaxon Keys has been producing wines since 1984.

The iconic Langtry Estate and Vineyards, fifteen minutes drive north of the world famous Napa Valley, has a history of winemaking dating back around one-hundred-and-fifty years. Following in the footsteps of English actress, Lillie Langtry - who first saw the potential of this site in the 1880s, the property has a reputation for 100% estate grown wines from varieties typical of northern Californian vineyards.