Campania’s most important red wine, produced from Aglianico around the village of Taurasi.

Taurasi DOCG is the red wine jewel of Campania. Its robust structure and ethereal notes of black cherry, balsam and gentle wood have helped produce a reputation as southern Italy’s finest red. Perhaps… There is no doubt that Taurasi is a fabulous wine and at its best can rival the more famous appellations of the north. The wine itself is produced from the Aglianico grape with recent scientific research confirming that the Aglianico di Taurasi biotype is in fact distinct from the related Aglianico del Taburno and Aglianico del Vulture. The village of Taurasi, which sits in the heart of Irpinia, Campania’s hilly fertile area to the east of Naples, provides the main growing area, although the wine can also be made from Aglianico grown in the nearby villages of Bonito, Castelfranci, Castelvetere sul Calore, Fontanarosa, Lapio, Luogosano, Mirabella Eclano, Montefalcione, Montemarano, Montemiletto, Paternopoli, Pietradefusi, S. Angelo all’Esca, S. Mango sul Calore, Torre le Nocelle and Venticano.

Taurasi’s modern wine history dates back to 1928 and the first vintage from Mastroberardino, one of the great wine making families of Southern Italy. A number of producers make wines that set the benchmark for the appellation. Mastroberardino preside over a long standing reputation as one of the founders of quality wine-making in the region and as such undoubtedly provide a reference. They produce stunning wines, notably the Radici Riserva which is consistently excellent. In more recent years Feudi di San Gregorio have helped put Taurasi on the map for international consumers. Their Taurasi generally spends 18 months in barrique before release making it one of the more modern expressions of the wine. It is perhaps Cantina Antonio Caggiano that deserve the biggest mention. Their artisan expressions of Taurasi, particularly the wonderful Vigna Macchia dei Got are well worth hunting down. Other wines to look out for include Quintodecimo’s Vigna Quintodecimo Riserva and Salvatore Molettieri’s beautiful expressions of Aglianico grown in Montemarano. 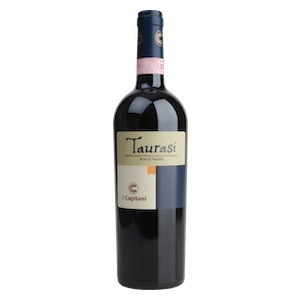 Taurasi DOCG “Bosco Faiano”
I Capitani, Campania, Italy
2018
Aglianico (100%)
“Very juicy and forward. Still young of course, but abundant ripe black fruit prominent. This is an attractive jammy Aglianico which oozes dark berry compote. Long finish. Despite its youth it is already herby and complex. Forward and approachable. Not too dry.”
91 Paul Caputo 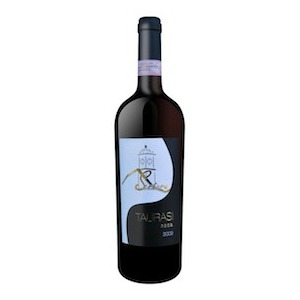 Taurasi DOCG
Sertura, Campania, Italy
2009
Aglianico (100%)
“Although tasting this with almost seven years of age to it, the 2009 clearly exuded the hallmarks of age worthy Aglianico. The nose was leathery with notes of bitter cherry and liquorice, while on the palate an austere backbone of acidity complimented soft, velvety tannins.”
87 Paul Caputo 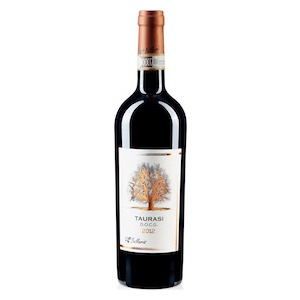 Taurasi DOCG
Agricola Bellaria, Campania, Italy
2012
Aglianico (100%)
“With a bit of age to it this is an excellent wine. Impressive complexity with notes of forest fruits, chocolate, sweet spice, cedar and vanilla. Prominent oak influence on the palate, but tempered by choice and time. This is a well made, modern interpretation of Aglianico and Taurasi and one likely to find mass appeal.”
91 Paul Caputo 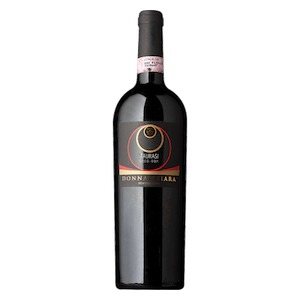 Taurasi DOCG
Donnachiara, Campania, Italy
2019 2017 2012
Aglianico (100%)
“Strong, powerful nose brooding with dark fruit. There are notes of blackberry and plum, then prune and balsam; it’s well structured with plenty of tannin and acidity and will continue to age well for another five to seven years. In the mouth there is power and depth, intense forest fruit encased in balanced oak. The finish is long and concentrated with suggestions of coffee, violets and black cherry.”
91 Paul Caputo

Taurasi DOCG
Tenuta Scuotto, Campania, Italy
2018 2014
Aglianico (100%)
“A little bit closed on the nose still. Well structured, but on the light side. Not huge amounts of power or depth; it leans toward an earthier expression. Attractive and elegant though. Should evolve and open up a more in years to come. Balanced and restrained. Worth following its development.”
90 Paul Caputo 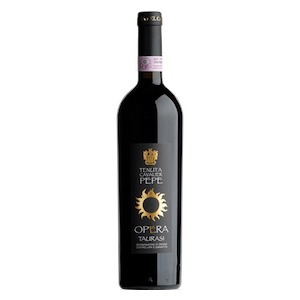 Taurasi DOCG “Opera Mia”
Tenuta Cavalier Pepe, Campania, Italy
2016 2015 2013
Aglianico (100%)
“Seductive, ethereal nose of black cherry and ripe berries, some notes of plum and forest floor as well. In time eucalyptus emerges. On the palate there is more black fruit with with sweet spices and a touch of leather. Medium bodied wine, but well structured and well balanced. Only just beginning to soften so still quite a few years ahead of it.”
90 Paul Caputo

Other wines from Taurasi DOCG 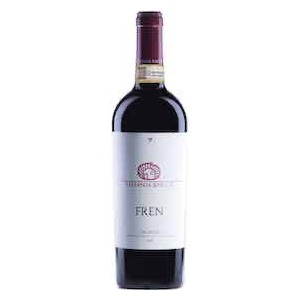 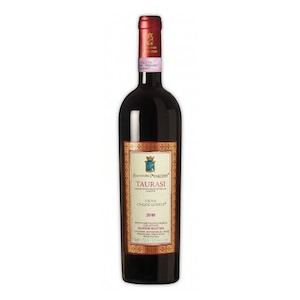 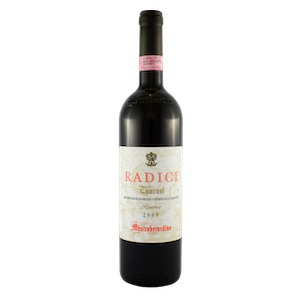 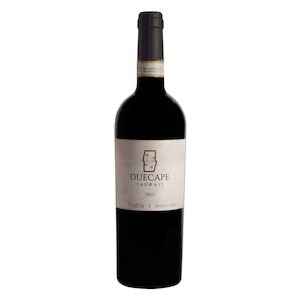 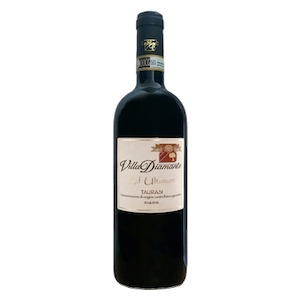 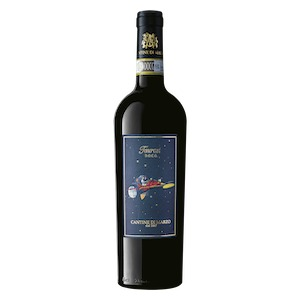 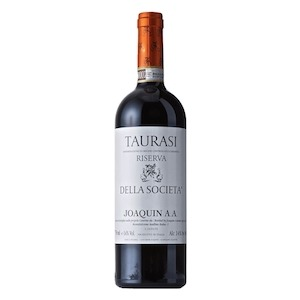 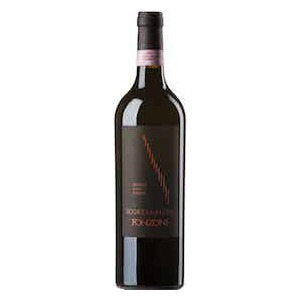 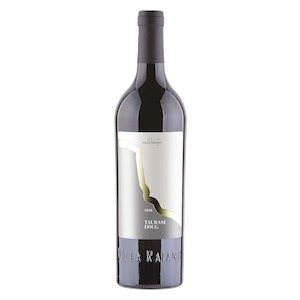 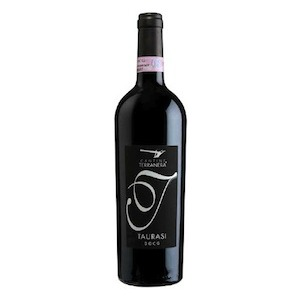 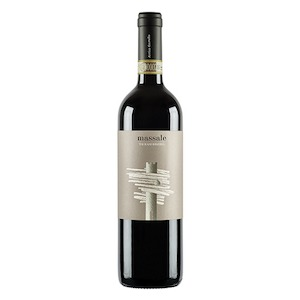 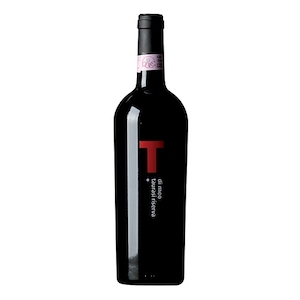 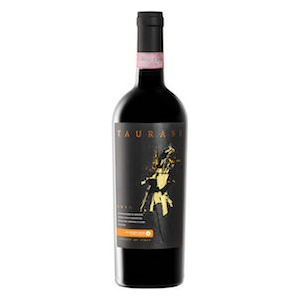 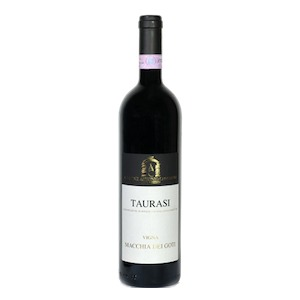 Feudi di San Gregorio is one of the most important names in Campania. Along with one or two others they have put the region on the map and introduced the world to wines such as Fiano di Avellino and Greco di Tufo.

Benito Ferrara is one of the great producers of Campania and is known across Italy for the consistently outstanding Greco di Tufo wines.

Founded in 2005, Donnachiara is a medium sized winery focussed on creating modern expressions of Campania’s typical varieties such as Fiano di Avellino, Greco di Tufo, and Aglianico. The wine that stands out most is the Taurasi.

Bellaria produces a range of different wines from the Campania region’s various appellations, notably from Taurasi and the production zones associated with Fiano di Avellino and Greco di Tufo.

Mastroberardino is one of the most recognised names Italy and hugely influential in the development of Campania’s Irpinia appellations.

Villa Raiano is a medium sized winery based near Avellino in Campania. It was founded in 1996, the company grew off the back of growing appreciation of local wines such as Fiano di Avellino and Greco di Tufo. In 2009 a new cellar was built close to Monte Terminio.

Quintodecimo is one of the star names of Taurasi.

Contrade di Taurasi is a small producer of five hectares known for producing Taurasi in Campania. It was founded in 1998.

Fonzone produces a range of typical wines from Campania.

Joaquin has crafted an almost cult like celebrity amongst fans of southern Italian reds. The famous Taurasi ‘Buona Morte’ Riserva comes from 200 year old Aglianico vines in the small village of Paternopoli.

Tenuta Scuotto is an extremely exciting producer based in the Irpinian village of Lapio, home of Fiano di Avellino. The family estate is run by father and son Eduardo and Adolfo Scuotto and along with experienced winemaker Angelo Valentino, they have been steadily improving the quality of their wines in recent years.