Château Rauzan-Ségla is a second growth estate in Margaux.

Château Rauzan-Ségla is one of the great historic estates of Bordeaux’s left bank. In 1855 it was categorised as a second growth as part of 1855 Medoc classification. Only the quartet of Château Lafite Rothschild, Château Latour, Château Margaux and Château Haut-Brion were rated above it. When Château Mouton Rothschild was awarded 1st growth status in 1973 it was left heading the second tier of chateaux.

Its history can be traced back as far as the mid 17th century when Pierre des Measures de Rauzen, a well known Bordeaux figure of the time (owning Pichon Longueville Baron and Pichon Longueville Comtesse de Lalande) planted the vines. Upon his death the estate was inherited by his many children who, over the next 50-60 years, bickered and sold aspects of the vineyards. In 1763 an unreconcilable disagreement between the heirs meant that the estate had to be divided. One half became Chateau Rauzen Gassies and the other became Domaine de Rauzen, proud owner of 25 hectares of vineyard in Margaux.

The estate’s reputation continued to grow under various different managers and in 1790 it earned further notoriety when American president Thomas Jefferson ordered 10 cases. By the time Napoleon III asked the Bordeaux chamber of commerce to rate and classify Bordeaux’s left bank wines in 1855, Chateau Rauzen-Segla was already widely known and respected as one of the best sources of red wine in France.

Following this the business is subsequently sold to Eugène Durand-Dassier who plans modernisation and enlargement. When Frédéric Cruse, his son in law, takes over in 1903 there are 35 hectares of vineyard and the estate is ready for a new winery. To mark the progress he tweaks the name to Rausen-Ségla, a change that would remain in tact until 1994 when new owners would revert back to the original.

The property was sold again in the mid 50s before again being sold in 1960 to a Liverpool ship building firm called John Halt Limited. It was at this point that winery’s reputation went into decline and a period of stagnation reigned until finally in the mid 1980s the cellar’s old wooden vats were replaced with stainless steel and under the guidance of cellar master Jacques Théo new temperature controlled technology was introduced. Critics are in agreement that from this point on the wines of Chateau Rauzen-Ségla have consistently impressed.

In 1987 however Jacques Théo declared the vintage too disappointing to produce a wine from and thus Chateau Rauzen-Ségla became the first chateau not to bottle their wine, much to the consternation and surprise of neighbouring estates.

In 1994 Chanel purchased the property, now consisting of 52 hectares of Cabernet Sauvignon, Merlot, Cabernet Franc and Petit Verdot, and consultant John Kolasa was hired to commence the project of improving the chateau’s reputation and restoring the brand’s second growth potential. The cellar is renovated with the latest technology and the vineyards are extend. 14 years later there are further extensions and additional vineyards are purchased just south of Margaux to continue the company’s progress.

Following the 350th anniversary a new phase commenced at Chateau Rauzen-Ségla. Eight hectares of organic vineyard have been acquired in Margaux while the cellar has undergone continuous modernisation.

Today the wines of Rauzen-Ségla are exceptional and are often referred to as part of an unofficial group of ‘super seconds’. Maturation varies depending on the vintage, but generally 50% new French oak is preferred. The wines are built to age for many years and are famously amongst the most tannic of Bordeaux’s classed growths in their early years. 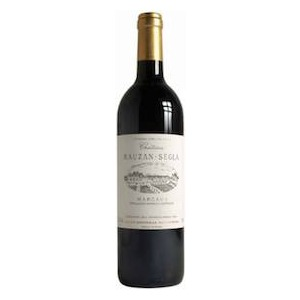